Statistics from renowned research institutions show that to date around 70 per cent of all mergers and acquisitions worldwide have not realised the expected results economically. 50 per cent have even been classified as failures. According to a recent study, 85 per cent of the companies with M&A experience list inadequate integration management as the most important reason for the failure of mergers and acquisitions. From an economic point of view we are talking about large sums of money. But figures only tell part of the story. For most managers the integration phase is one of personal crisis as well. Pressure to perform and within certain deadlines, conflicts with the new colleagues, resistance, tactical games and delaying manoeuvres, fears, acts of self­protection, uncertainty and even maybe imminent dismissal. Here, Martina Violetta Jung’s book provides peace of mind. It shows new ways to joint success and individual happiness.

Martina Violetta Jung was born in Germany in 1963 and currently works in the whole of Europe as a Leadership & Integration Coach supporting top managers, management teams as well as working on the post-­merger, post-acquisition and post-restructuring integration of management teams. She is a partner of the SHIKAR Group and is based in Brussels. Before starting to work as a coach, Martina Violetta Jung studied law at the Universities of Passau and Münster in Germany and at the University of Wuhan in the People’s Republic of China. She obtained her PhD from the University of Münster. She also gathered practical experience in the United Kingdom and in Hong Kong.

As a lawyer in the Hamburg office of Schön Nolte (now Latham & Watkins) she assisted in mergers and acquisitions, especially in the People’s Republic of China. After that, she was active in two functions at Hapag-Lloyd: as the Director Marketing Europe for Hapag-Lloyd Container Linie and as the Managing Director of Hapag-Lloyd Belgium NV. Subsequently, she was active as the CEO of Ahlers LMS, an internationally set up logistics company.

"From experience, I have learned how critical the human dimension is in an effective integration effort. Martina Jung’s book should therefore be required reading, not only for CEO’s, but also for all managers who are engaged in an integration effort and want to ensure the chances for sustainable success of the newly combined enterprise."

"This book is an outstanding and inspiring guideline for any manager involved in change processes. It calls attention to the evident importance of considering soft facts in both personal and personnel management for achieving a smooth and successful adaptation to a new situation in a company." 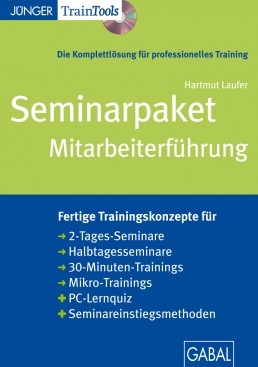